A lot has happened since my last post, and I have been meaning to write about all of it. That will take some time, so I will start with the most recent. This week, I took my long planned jump into Japanese style woodturning. Basically, they use a hook tool and something I still cannot properly define. It is called a shaka in Japanese, and for side grain work, it is shaped and used similar to a negative rake scaper. However, for end grain work, it is angled to be more of a cutting tool. This is the first time for me to make and use this tool for end grain work. The tools will defintely not win any beauty contests, but they do work. Overall, I find them a great tool. They are infinately flexible in design and can provide an excelllent finish off the tool. Plus, they are great at rounding with just a flick of the wrist, and because the cutting angle can be changed on the fly based on where the tool is positioned on the work, it is possible to alternate between heavy and light cuts. 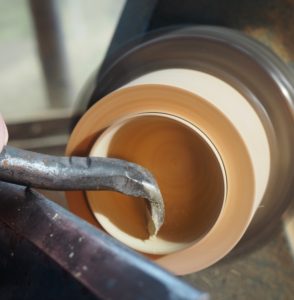 Similar to chess, all the possibilities will make your head spin. 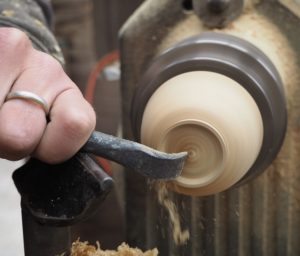 Anyways, I decided to test my new tools by making a small run of sake cups. I am probably biased, but I tend to like wooden cups. They don’t sweat, nor do they get too hot or cold. Using urushi lacquer, too, it is possible to make them food safe and completely functional.

I still have to finish the inside of about 10 more tomorrow morning, but it has been a lot of fun making them. My goal has been to make them rather thin so that they are lightweight and hold more liquid. Also, I plan on finishing the inside using black lacquer and crushed shell or gold/silver so that they will sparkle when in use. This will add some thickness, so thin now will be just about right when everything is finished. I learned this from my last set of cups a few years ago. They felt thin to me when I turned them, but when fully finished, they felt a little bulky. I don’t want this to happen again.

On the outside, I added semi-randomly cut gouge lines up the side. The outside will be a clear finish. Hopefully, the gouge lines will be darker while the surface is more transparent, creating a broken yet continuous grain. 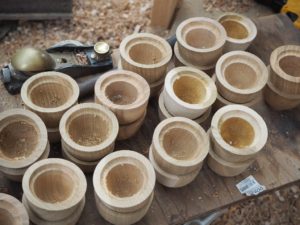 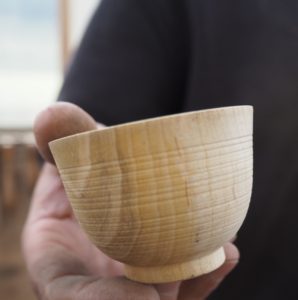 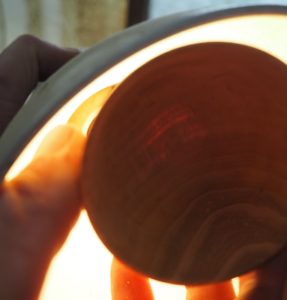 Also, a little update on the side plates. Unfortunately, they are not turning out as well as I had hoped. I started trying to fill the grain with gold on several sets this week, and none of them have turned out very well. I will right about everything in more detail probably sometime in January after I have had more time to experiment. There is still hope, but it will likely not be easy. As it may be, the plates are proving to be a great learning experience. However, as of right now, it is learning through failure rather than the other way around. I believe someone great once said, there are not failures, only new design opportunities. We’ll see which way the ball rolls this time.